Back in the summer of 1998, 21 years ago, this variation of an original George Bernard Shaw quote, pretty much summed up the way Steve and Donna Brown felt about the world, life… and business. And so bluesky was born.

They first met at Williams Holdings-owned Gainsborough Showers in the early 90s, where as the Sales & Marketing team they turned around a flailing brand to become the biggest DIY seller of its time, growing from £2.5m to £15m in 5 years. Together, they micro-managed it the whole show, step-by-step. From new product development and customer research, to a full brand revamp, advertising, PR and day-to-day relationship building with key retail buyers — this was good old-fashioned sales and marketing working in harmony.

Looking back, Steve remembers, “We got such a buzz out of seeing the positive difference we made at Gainsborough. We just wanted to keep doing it! I must admit, I didn’t dream we’d still be doing it 21 years later and still getting the same buzz from it — but we are!”

Today bluesky is a thriving branding, print and digital agency tucked away in unassuming offices in a quaint Suffolk village, with an enviable portfolio of clients all over the world. Most of the blueskyers have been with the business for over a decade, and have countless great projects and successes under their belts. But where did it all start?

Having made an impression on both the buying and marketing functions within their Gainsborough customers, namely the UK DIYs, merchants and house builders, it’s from these channels that bluesky’s first projects started to flow. And from there word spread to suppliers to these channels too and within no time bluesky had a reputation as the go-to team for great marketing ideas for the KBB industry. Who were our first, key founding clients? Whirlpool appliances, B&Q, Astracast and Masco Corporation — some weighty brands for a little husband and wife duo working out of their conservatory in rural Suffolk! And so it began. We went on to be B&Q’s lead BTL agency on KBB for just over 15 years, until they brought the function in-house, and we’re still doing business with individuals from Masco Corporation today.

The business developed wider into the world of builders’ and plumbers’ merchants and into housebuilding, with bluesky bringing a much needed ‘retail’ perspective on what were sleepy business sectors at the time. We helped launch the industry’s first merchant showrooms to encourage more consumers through the doors, and we’re proud of our involvement in the creation of ‘option centres’ for the likes of David Wilson and George Wimpey (now Taylor Wimpey) and Barratt Homes, designed to maximise customers’ spend on options and extras which was a key money spinner in the noughties.

But then came 2008. Our housebuilder, merchant and DIY customers were all hit by the recession and as a knock on effect, so was bluesky. A timely diversification into travel, with an introduction to Sir Richard Branson’s ‘Virgin Limited Edition’ a portfolio of exclusive retreats around the world (including Necker Island) and an equally interesting introduction to La Manga Club in Spain, who were in much need of a complete rebrand. Who doesn’t like to travel? And as recessions stats showed, if people weren’t moving house or doing DIY, they were spending their money instead on treating themselves to a holiday! So more through luck than judgement, we began our journey into the world of branding and marketing hotels and resorts all over the world including the Caribbean, South Africa and Europe.

Living in the heart of the most beautiful Suffolk countryside, we couldn’t help but get involved in projects much closer to home too, including our daughter’s school! Surrounded by fields of wheat and oil seed rape, our interest in agriculture and all things growing blossomed with ProCam (agronomists) MDC Foods and Place UK (growers supplying the grocery chains).

But all that said, what’s it like to work with your other half for this long? Donna agrees that describing them as two halves is a good way of explaining how the relationship works, “I’m not going to get all slushy and poetic about us being two halves of the perfect whole and all that, but we do bring very different skills to the equation. With Steve coming from retail and sales and my own background being mainly agency side, put simply, Steve’s the maths and I’m words and pictures. I think it works so well because we both know and trust each other’s strengths and we don’t step on each other’s toes!”

A lot has changed in the creative world in 21 years, but bluesky’s ethos, passion for adventure and basic working principles haven’t. They still look at every project with their ‘why not?’ glasses on! Steve reflects on their luck over the years, “We always used to think we’d been incredibly lucky in business, but as time has gone by we’ve realised we should have the confidence to accept that it might not be luck — we might actually be quite good at this!” 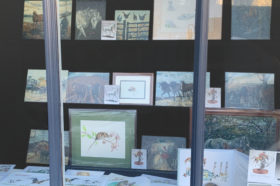 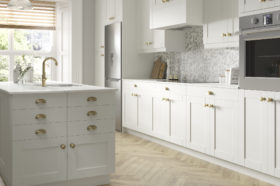 What have we been cooking up in kitchens? 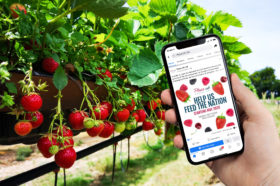 A SUMMER WITHOUT STRAWBERRIES? 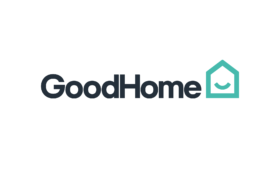 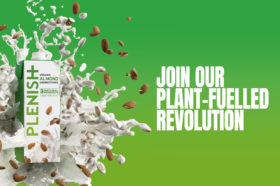 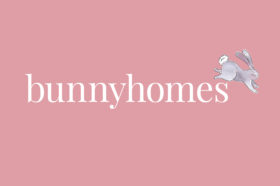 IN THE PINK WITH BUNNYHOMES

20 years in the life of bluesky