PROVEN IN THE FIELD

As a Suffolk-based, rural agency, we’ve become accustomed to seeing the bright yellow trailers and spreaders of Richard Western out in the fields around us… then we got the call.

The brief: To modernise the 50+ year old Richard Western brand and to strengthen its identity in a rapidly fragmenting market, infiltrated by cheaper, inferior products. The Suffolk-based agricultural machinery manufacturer has been a well-respected, leading supplier of high quality product to farmers across the world for over half a century. And whilst the farming community is relatively traditional and loyal by nature, they by no means wanted to rest on their laurels.

So we delved into what makes them tick. Founded by Richard Western in 1968, the business is still privately-owned and family-run, with Richard’s son Angus at the realm. Proudly British and with a long-standing reputation for design and performance excellence, we could see the company had a very bright future — the future was yellow.

To us it became evident brand evolution, not revolution was the way forward, retaining, and building on their signature vivid yellow, that vibrant, glow so identifiable out across the fields. To reinforce the company’s status as a British manufacturer we introduced the globally-recognised Union Jack to the design, and to remind everyone of their long-standing experience we advised them to included the date of their foundation ‘1968’.

We modernised the font styling of the name only slightly, keen to retain the nostalgic link to the past while gently moving it forward. And to hold it all together, we encased the elements of the brand in the same unique border mechanism which is designed from the shape of one of Richard Western’s key product USPs — their signature commercial mono leaf spring suspension system that’s designed specifically for agriculture, giving greater stability on hillsides and uneven terrain.

We love it when we can be involved in the evolution of a classic. Brand guidelines, vehicle livery, stationery design, advertising templates and product brochure layouts were all part of the bluesky package, setting Richard Western up for what we hope will be another successful 50 years at least!

"Thank you to Donna and the team at Bluesky for refreshing the Richard Western Brand. You offered us a professional service and delivered a high quality rebrand.

Rebranding a company that was established more than 50 years ago was a challenge, Donna understood this and guided us to make sure we ended up with the best result." 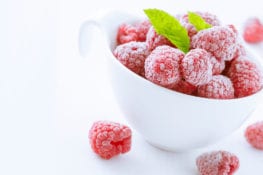 GETTING FRUITY WITH FROZEN 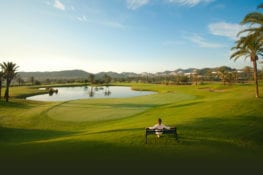 Work / GETTING FRUITY WITH FROZEN

GETTING FRUITY WITH FROZEN